Strange Fruit is Hanging from every corner of this country

A Collection of Narratives for Processing and Reflecting on Police Brutality, #Ferguson and Beyond: #BlackLivesMatter 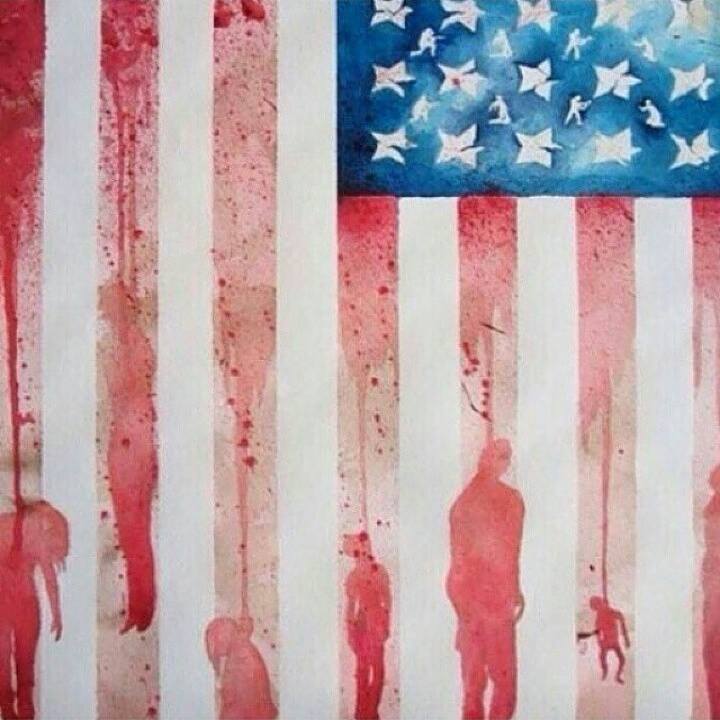 Strange Fruit is Hanging from every corner of this country

I am in mourning this morning. So much pain. So much death.

These remain very challenging times for Black People in America. One killing after another, one “legally” government sanctioned reminder after another to remind black folks that we are expendable in this country. I want to take this moment to; as sincerely as one can communicate electronically, send love and solidarity to the black people out there who live work and play in predominantly white environments and have been met with outrage and invalidation this week instead of support; who have been given no quarter to breathe, no space to grieve. I also want to take this moment to send love to the black people out there who may have internalized the racism that is used against us on a daily basis, and may have acted out that internalization in some way toward yourself, or someone else this week. It really isn’t our fault, although we’re all told and expected to believe that it is.

To grow up in a society that devalues black life and contributions as much as the current system, and not be impacted by it in any way would be nothing short of a miracle. As the conversations and protests continue; as the reality that the nation is still failing to be true to what it says on paper continues to be laid out for all to see across the nation and around the world, I hope you experience an awakening.

This same hope goes out to people who are white; even those who would claim to be a part of the solution, but whose steadfast belief in/inability to recognize/willful desire not to acknowledge/the gross contradictions inherent in the rule of law in this country result in doing more harm than good.

Because sometimes it’s easier to believe in the lie.

How many times will America need to look itself in the mirror before it actually sees it’s true reflection? #Ferguson — Relando Thompkins (@Relando_T) November 25, 2014

Like many others may be, I find myself in a vulnerable place.

The core of many of my driving values are being challenged, and like others before me, I’m trying desperately to respond to the constant assaults in ways that are consistent with them.

One of the ways I’ve been getting and giving support is through sharing my own, and learning from the narratives of others both on and offline. No one can do it by themselves.

I haven’t been in the mood to write much lately, but there are so many heartfelt narratives out there.

I’ve decided to create an ongoing list of links to them below. This note will be updated as more links are found. If you have other thoughts or links to share, list them in the comment section.

—A Collection of Narratives for Processing and Reflecting on Police Brutality, #Ferguson and Beyond: #BlackLivesMatter—

“I am utterly undone: My struggle with black rage and fear after Ferguson”
Brittney Cooper, Salon

“Things to stop being distracted by when a black person gets murdered by police”
Mia McKenzie, Black Girl Dangerous

“The Stages of What Happens When There’s Injustice Against Black People”
Luvvie, Awesomely Luvvie

“5 Ways to Teach About Michael Brown and Ferguson in the New School Year”
Christopher Emdin, The Huffington Post

“White America’s scary delusion: Why its sense of black humanity is so skewed”
Brittney Cooper, Salon

“#Criminwhilewhite is Not Solidarity”
Stephanie Rose, For Harriet

“What You Mean By #AllLivesMatter”
Arielle Newton, Black Millennial Musings