From The Christian Science Monitor: School Suspensions: Does racial bias feed the school-to-prison-pipeline? 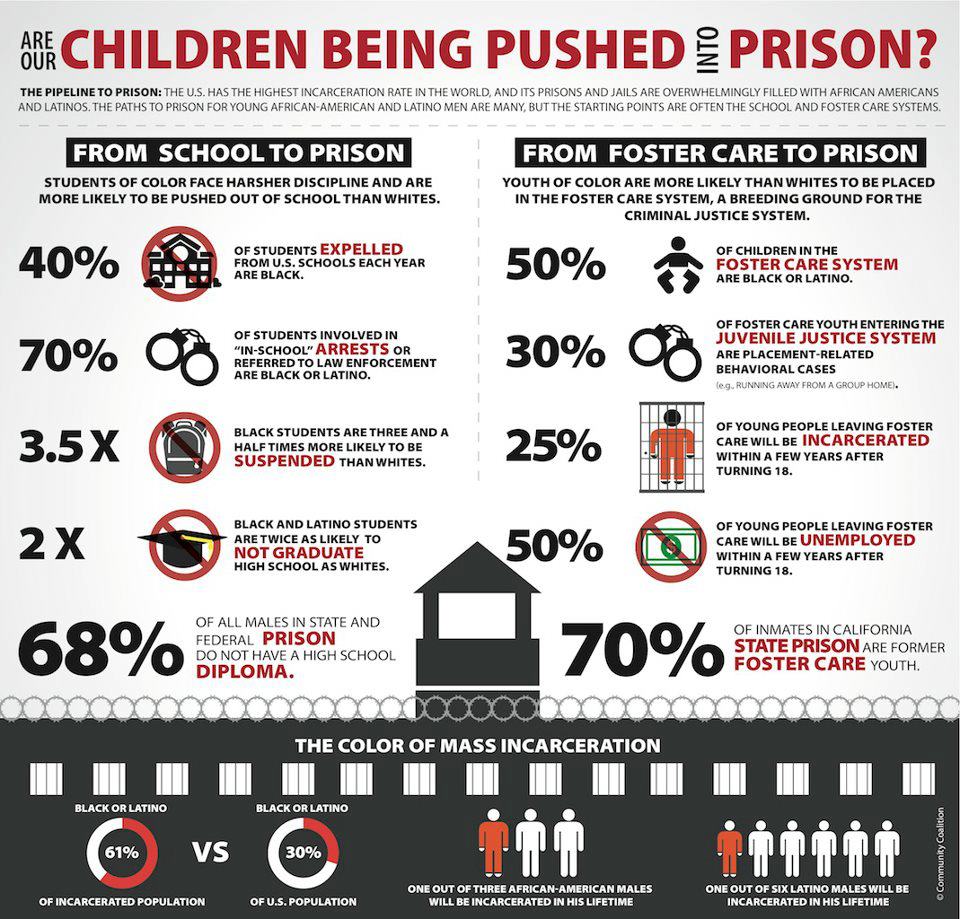 I was listening to a conversation on the radio this morning about school suspensions and how statistics are revealing that students of color receive harsher sentences than students who are white for identical or similar infractions.

The discussion centered around this piece written by Stacy Teicher Khadaroo from the Christian Science Monitor entitled “School Suspensions: Does racial bias feed the school-to-prison-pipeline?” which explored this very important question.

I wanted to share the article with you in hopes that you’d join the conversation here or start conversations offline as well.

Rocketing school suspensions may feed the school-to-prison pipeline – and even violate civil rights.

•An African-American high-schooler is suspended for a day for using a cellphone and an iPod in class. In the same school, a white student with a similar disciplinary history gets detention for using headphones.

•Two middle-schoolers push each other; the white student receives a three-day, in-school suspension, while the native American student is arrested and suspended, out of school, for 10 days.

Civil rights groups have been saying for years that school discipline is not meted out fairly, citing examples like these reported last year from around the country by the US Department of Education.

High rates of suspensions and expulsions for certain groups – particularly African-Americans, Hispanics, and those with disabilities – are evident in data gathered nationally by the Department of Education’s Office for Civil Rights (OCR).

White students, by contrast, represent 29 percent of multiple suspensions and 33 percent of expulsions – but 51 percent of the students.

School leaders have to maintain a safe environment for learning, and about 4 in 10 teachers and administrators surveyed recently by Education Week said out-of-school suspensions and expulsions are an effective way to do that. Some expulsions have even been mandated by law, particularly when a student brings a gun to school.

Yet increasingly, “we’re seeing suspensions for things that used to be considered typical adolescent behavior and were dealt with in less harsh ways within the school system,” says Jim Eichner, managing director of programs for the Advancement Project, a national civil rights group in Washington.

While opinions differ about whether student behavior has become more disruptive or dangerous, the number of suspensions has grown dramatically in recent decades.

After doing some additional reading, I found that Stacy has also written an article on a Restorative Justice Program that I think can add more to the conversation of the first article.

Read: Restorative justice: One high school’s path to reducing suspensions by half