On Communication: Duplicates vs Complements

Recently, one of my readers sent me an email with a question asking:

“Do you really think there is unity in diversity?”

This question reminds me of a concept that comes up a lot in my life personally or professionally. One way of looking at the struggle to find unity in diversity lies in a comparison of “Duplicates vs Complements.”

Duplicates vs Complements. Which is better? 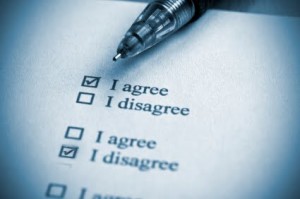 Sure, I know the title gives the concept of this idea a rather polarizing effect, but does it really have to be so polarizing?

There are advantages, and disadvantages that come with being, or being in the company of a person who is behaving as a duplicate:

The role of duplicate can give validation and understanding to another; offering reassurance that one is not alone. Being, or being in the company of a person who is behaving as a duplicate can strengthen your resolve, and allows a person to feel supported.

At times, being, or being in the company of someone who is behaving as a duplicate can embolden a resolve that might not necessarily be the right one for us, such as reaffirming a prejudice or stereotype. It can also potentially hinder our growth, keeping us at a static point of being or belief.

There are also advantages and disadvantages that come with being, or being in the company of a person who is behaving as a complement: 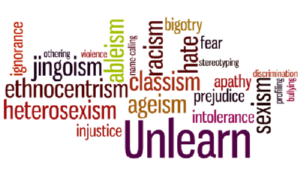 Through the sharing of a different perspective, someone acting in the role of complement can create an opportunity for personal growth; to look at things from a new angle, compare them with our experiences, and allow us the chance to come to our own resolutions after examining any discrepancies that might exist. Having someone in our lives who can offer a different experience or share a different point of view can also help us to unlearn some thoughts, attitudes, or behaviors that we would not have known were harmful had we stayed in the company of people who agreed with everything we did previously.

Disagreeing or sharing a different perspective while still trying to be affirming to the experiences of another can sometimes be a slippery slope, and at times, someone acting in the role of complement, while truly trying to complement and provide a different perspective can sometimes cause us to feel ignored or feel as if our experiences are being minimized, contradicted, or invalidated.

In my own life and work I can say that I’ve been both, and have needed someone to be both of the positive aspects of these two roles for me at different times. I am also sure that I have both witnessed and acted out some of the negative aspects of these two roles in life as well, and part of my journey as an Aspiring Humanitarian involves honestly confessing wrongs, working to right them, and believing that we are all doing the best we can.

It’s true that we all have different experiences, points of view, different ways of communicating, and different ways of taking action.  However, even if we disagree, it doesn’t mean that one person or group is completely right or completely wrong. So, one way I would answer the question of whether or not there is unity in diversity would be to say that unity can indeed be found within diversity, through diversity, and because of it.

That was one response, but what about yours? What do you think? Is there Unity in Diversity?