“We All Have A Role To Play: An Open Letter from Public Health Students and Professionals” 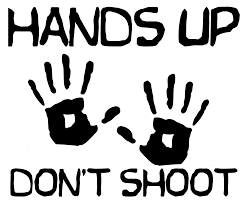 I’m cross posting this open letter from Public Health Students and Professionals at The University of Michigan.

We All Have a Role to Play:

An Open Letter from Public Health Students and Professionals

“On August 9, 2014, African American teen Michael Brown was fatally shot six times for “obstructing traffic” by Darren Wilson, a white Ferguson, Missouri police officer. In the weeks since, citizens within and outside of Ferguson have mobilized around this unjust murder. In Ferguson, peaceful protests were met with an excessive militarized police action that included massive arrests, tear gas, and rubber bullets.

The reactionary police response in the aftermath of Michael Brown’s murder was precisely the kind of thoughtless violence that brought people into the street to begin with, and it predictably escalated the intensity of the protests. Communities around the world demonstrated their solidarity with Ferguson by opening dialogue and taking action around their own local experiences of police brutality.

Such demonstrations have reinforced that what happened to Michael Brown was not an isolated incident, but sadly part of a larger pattern of racialized violence. Here in Michigan, this violence in combination with other systems of oppression, has taken the lives of Renesha McBride, Shelley “Treasure” Hilliard, Aiyana Jones, and so many more.

As public health students and professionals, we believe that health encompasses more than just the absence of disease.  Healthy individuals and communities enjoy self-determination, an environment in which to thrive, and freedom from violence, particularly violence enacted by people in positions of power.

Racialized violence, including police brutality, has shaped health outcomes in the United States in multiple ways. Experiencing violence affects people at the individual, family, and community levels. Beyond the initial effects, it can lead to psychological trauma, economic loss, social disruption, diminished quality of life, and much more. People of color experience disproportionate levels of police violence. From 2005 to 2012, a white police officer killed a black person nearly two times a week.

Black young people are particularly affected; 18% of the blacks killed during those seven years were under age 21, compared to 8.7% of whites. Though data on police killings is scarce and extremely underreported—less than 5% of all U.S. law enforcement agencies report to an FBI database of “justifiable” homicide— the racial disparity is clear.

According to the Bureau of Justice Statistics, over half of reported arrest-related homicide victims between 2003 and 2009 were Black and Latino, well above their percentage of the nation’s population. As a result, the many, multifaceted effects of this violence are disproportionately experienced by communities of color.

While mass mobilization efforts have initiated recent federal civil rights investigations, there is still much to be done to end the larger issue of racialized violence. We seek to inspire reflection and ignite efforts among our fellow public health students, researchers, administrators, and practitioners, so that together we ultimately:

You can visit the original letter, which contains more names of people who have signed in agreement, and you can also add your own name to the list as well.