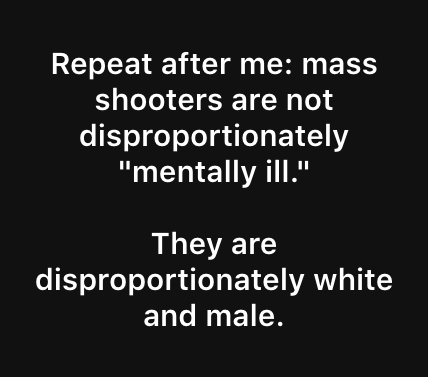 The reality still remains that mass shooters are disproportionately white and male. I spend a lot of time talking about race in my work, and I often encounter resistance on the part of white people to acknowledge the realities of the ways race, but particularly whiteness and white supremacy impact the context, and the outcome of a given situation. 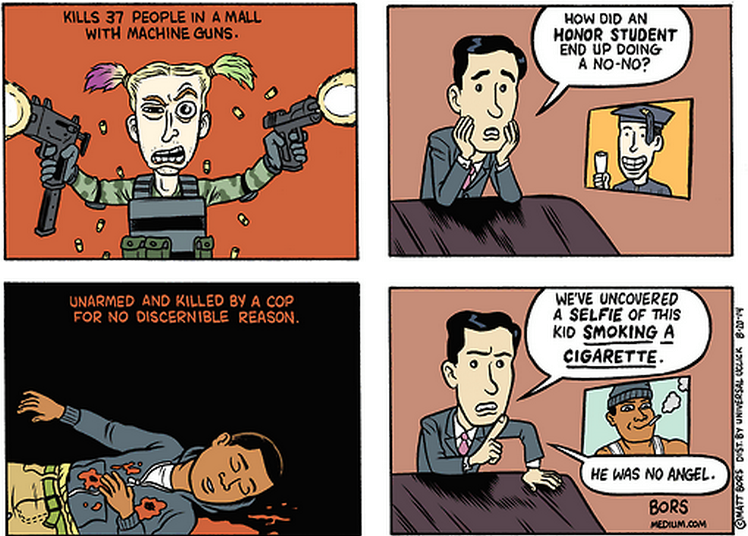 I was talking with students the other day who highlighted that since 9/11 we now have increased security presence and processes at the airport. They went on to talk about the ways they saw changes in framing and policy like immigration and other areas when the face of the “threat” had darker skin. (ex. war on drugs vs opioid crisis, thugs rioting vs overzealous fans celebrating their team’s victory, looters vs finders, etc).

I worry that people who need support with their mental health are being further scapegoated, stigmatized and discouraged from seeking help, and I also worry that quiet, introverted kids and adults are also going to be facing some increased scrutiny for being who they are.

For me, it comes back to my frequent encounters with white people who go to great lengths to ignore the impact of whiteness and white supremacy on society, and I will also implicate patriarchy by way of toxic masculinity. There is something insidious in the process of the socialization of men that creates that sense of entitlement, and legitimizes violence and displays of dominance as the only acceptable forms to display emotion. I think those two elements are heavily implicated in all of this.

For me that dissonance; the denial and need to self-protect explains the slowness to act. The denial of the reality on the part of white men that it isn’t some foreign or far away entity that poses an existential threat, but the person in the mirror.

I think it’s easier to scapegoat mental illness because for some white folks, it can be explained away as a neat example of deviation from the “norm” that clearly explains the behavior. It allows them the privilege of protecting their need to be seen as individuals and not as representatives of their entire group; a privilege that is denied to POC. I think the necessary work is for white people, and white men in particular to take ownership of the fact that they are the problem that needs to be solved here.