Allyhood / Blogs You Should Read / Race Matters / Tips from Relando

Do You Take Your Truth Black, or With Cream & Sugar? 14 Articles For White Folks Willing To Do Their Own Work

The first part of this note is a comment I posted elsewhere online in response to a prompt asking readers if we could the please stop using the term “white people” as a blanket identifier when discussing racism, and asserted that the term “bigots” was a more appropriate way to describe the people who are perpetuating racism in this country. 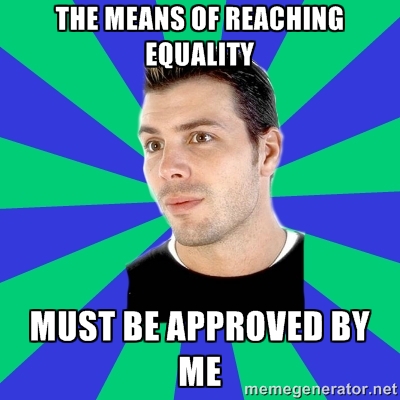 I encounter this belief often, particularly around the idea that when working for racial justice, people who are white need to feel comfortable and unthreatened before they will listen or take action, with the idea being that “you get better results with honey than with vinegar”, or out of fear that if they become too upset they won’t join the cause.

I can’t decorate this pain.

All people who are white, even “the good ones” (whatever that might mean to you), the “non-bigots” (I guess) benefit from this structurally racist society.The term bigot can often be used to refer to the folks who purposely say or do bigoted things that perpetuate racism in this country.

The term bigots could definitely help some people who are white who benefit from our racist society in ways that they feel are unintentional, and who don’t do some of those same things feel better about themselves, and create a little more ideological distance between themselves and “those other white people”, but what about the “well-meaning good ones”?

Every second they’re not doing something to actively challenge it they’re perpetuating racism too.

I understand that there are differences between what people decide to do with themselves. There are a specific set of people who are white who engage in overtly racist actions and embrace overtly racist ideology.The part that I’m struggling with is that although there are differences in terms of the actions taken and not taken by the “bigots” and others, I don’t think there’s much of a difference in the benefits received by both as a result of just existing in a society that is made for them in certain ways. I see it as a sort of velvet glove, which can be necessary at times, but I also think it can imply a lesser level of implication and complicity with the system that I feel doesn’t exist in the long run. I suppose we could use “bigots and well-meaning others?

Perhaps it can be helpful in bringing people in and building coalitions, and it could possibly take the politically incorrect sting out of the term “white people” in post-racial society themed exchanges, but using bigot instead of white people when doing anti-racism work goes right in line with how I feel we’re trained to spot the overt stuff. Now if it’s just about identifying the overt stuff, then disregard all of what I’ve said previously. Bigots can be a fitting term.But if it’s about the overt stuff and the covert/ implicit stuff (which it is), then discussing semantics in this way boils down to whether or not one would want their coffee black, or with cream and sugar. One is easier to swallow than the other. I’m just not comfortable with feeling as if I’m giving people who are white an additional out, or a reason to be complacent in all of this.

For people who are white who are interested in learning the truth about the notion of white supremacy, and searching for ways to act, here are 14 articles with examples that bring the privileged reality of whiteness to bear and can help you to do your own personal work, if you’re willing to listen.

White People Rioting, For No Reason

10 Things All White Folks Need To Consider About The #BaltimoreUprising

Dear White Facebook Friends: I Need You To Respect What Black America Is Feeling Right Now

10 Things Everyone Should Know About White Supremacy

Dear White America: Here’s What You Should Know About MLK Before Using Him To Shut Down Black Uprising

White Reservation: The Justification Of Breath And Those Who Take It Away

In Support of Baltimore: Or; Smashing Police Cars Is Logical Political Strategy

Racism, Anger, And Not Going Away Quietly

White America’s Greatest Delusion: “They Do Not Know It And They Do Not Want To Know It”