It’s hard to believe that I’ve been doing this thing for five years already. Time passes by so quickly these days.

Let’s stroll down memory lane for a visual representation of how N.A.H. has changed over the years.

This first screenshot is from my first attempt at creating a website using WordPress.com’s blogging platform.  I still keep the site up as a reminder of where I started in April of 2011. 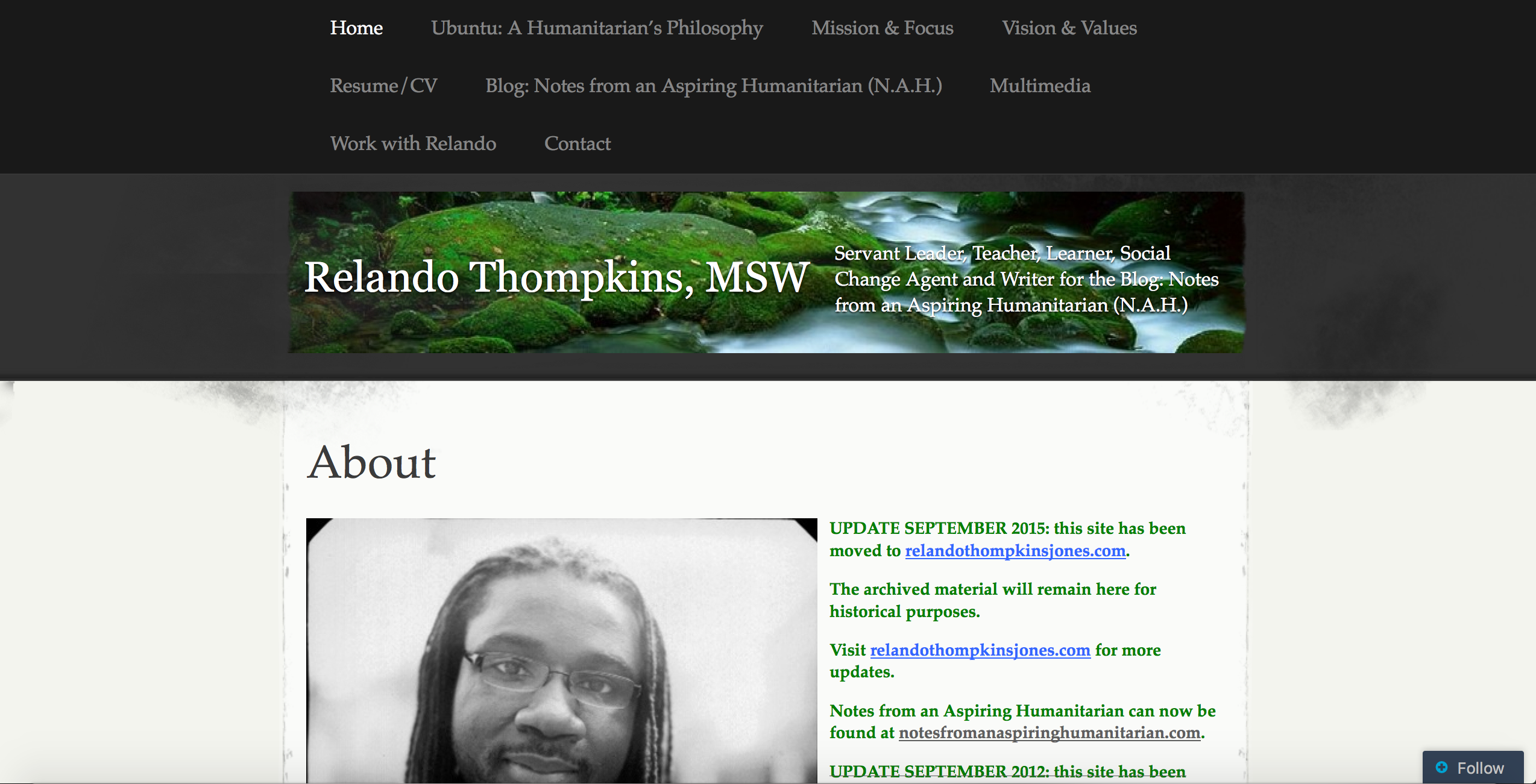 I would later go on to create N.A.H. Video & Photoblog: a separate site that displayed videos and photos much better than my starter theme. I initially envisioned it as an offshoot of my written content that would engage visitors in a different way. 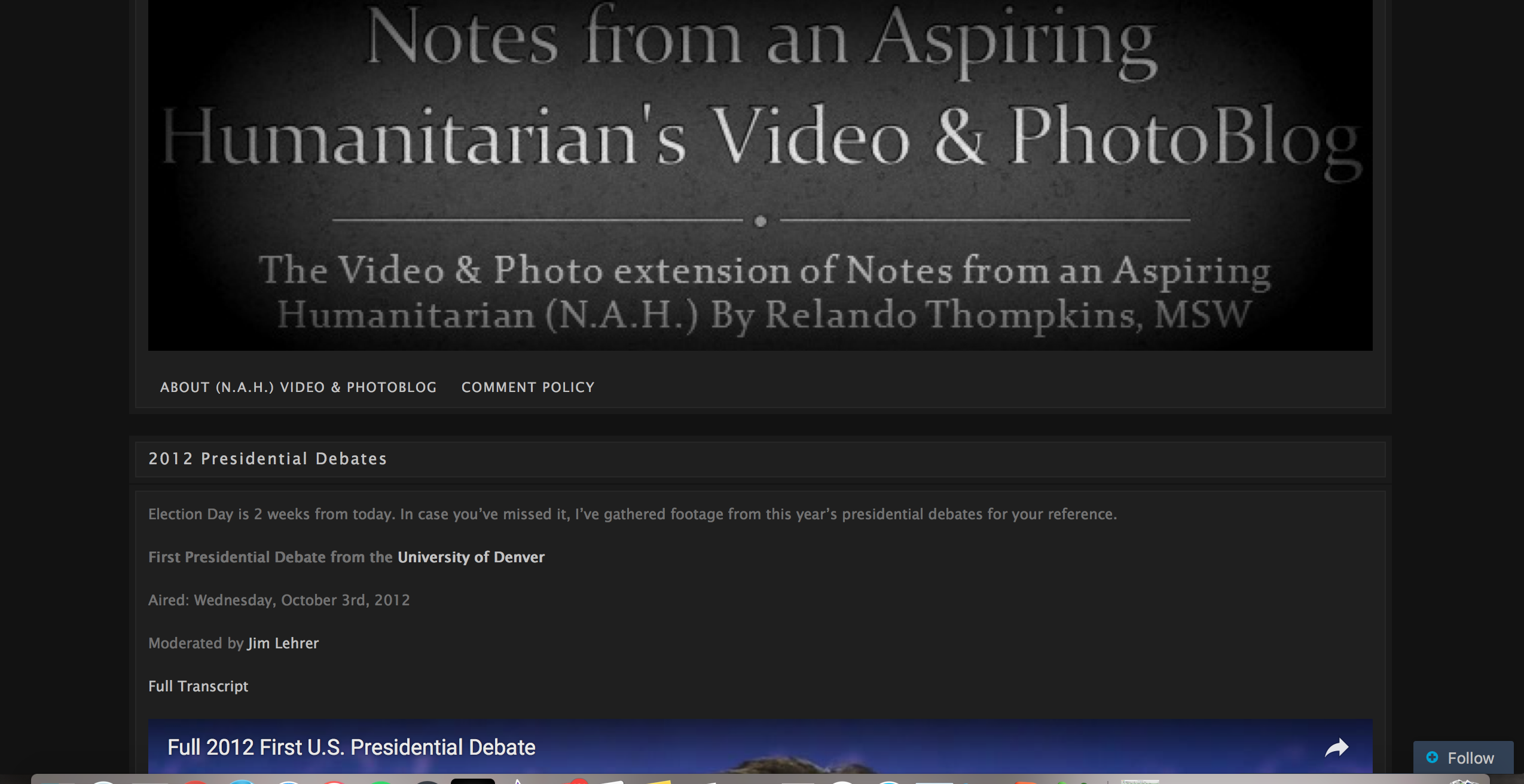 By September of 2012, I gained a bit more confidence and know-how related to using WordPress’ blogging platform, so I fused N.A.H. Video back into my main site, and made the switch from being hosted through WordPress.com to obtaining my own, self-hosted web space on WordPress.org’s platform. I later made changes to the blog’s design, and even created a new logo: 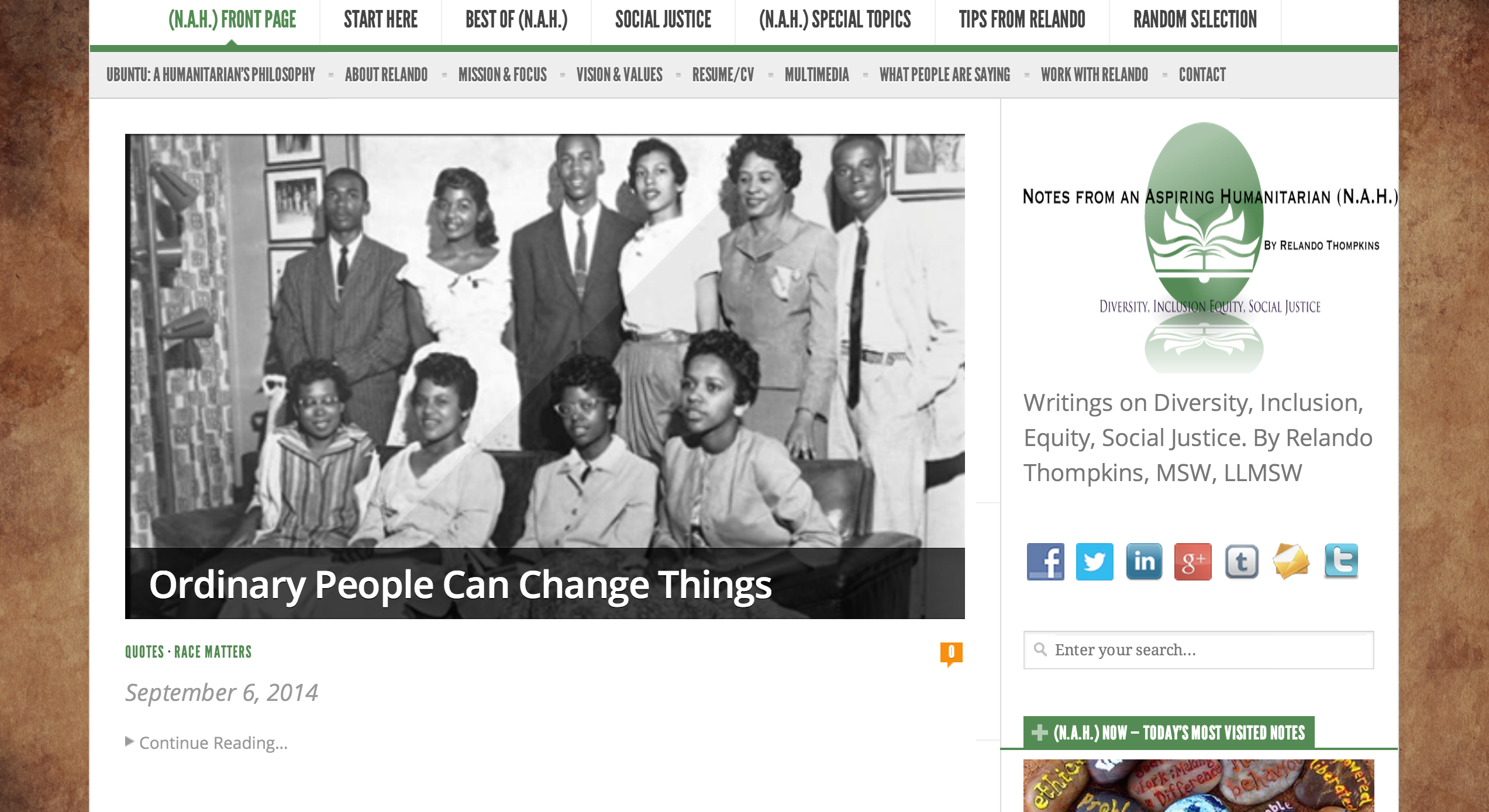 N.A.H. started off as a personal journal of sorts, but it grew into more than that over time. The blog was growing; as were the topics I began to cover. I also started to receive inquiries regarding how to find certain notes I’d written, so in order to also fashion the space as a useful resource for others, I modified the design and began to separate the notes into categories.

In April of 2015 I made some additional changes to the site’s design to bring it up to date with platform advancements,

and in February of this year, I updated N.A.H. to appear as it does currently at the time of this note. 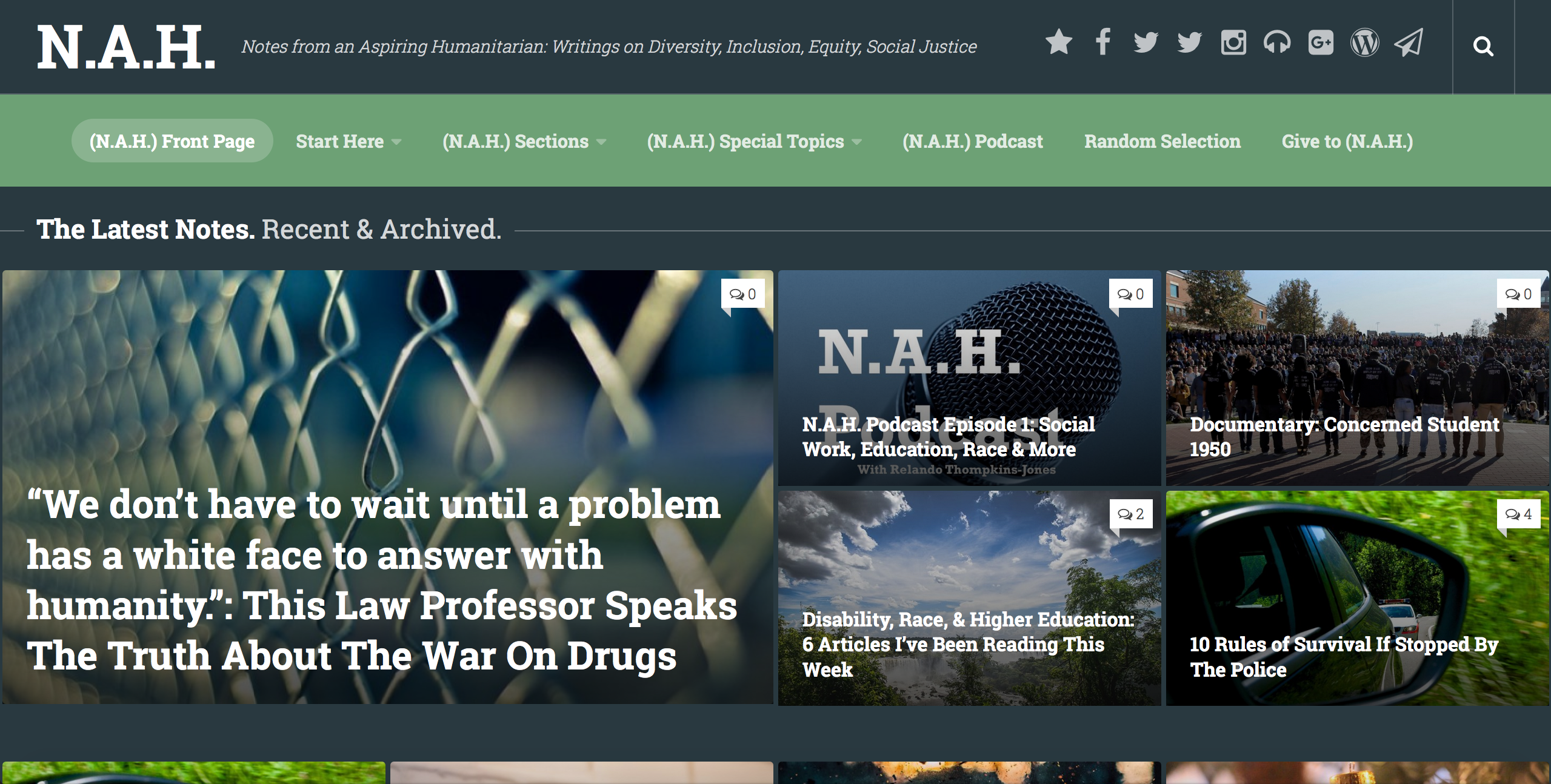 I also made a temporary banner to sit in for my old logo until I come up with a more fitting replacement.

Things continue to change, but the reasons why I write, and work, remain the same.

Every year is different. This update is more matter-of-fact, and less reflective than some of my previous yearly addresses, but I find myself once again pressed for time. Still, I made a personal commitment to take note of this day each year for as long as I am able, and would rather acknowledge this very important day in some way, than not at all.

Thank you for your readership. More notes coming soon.

N.A.H. is a work of love that is given freely, and will continue to be given as such. However, if you’re able, consider supporting the work to help sustain its place on the web.

Tags: Notes from an Aspiring Humanitarian