Reader’s Share: “We Need to Talk About an Injustice”

This video, shared by N.A.H. Reader Lydia Long features Bryan Stevenson, Founder and Executive Director of the Equal Justice Initiative where he talks about race, poverty, and challenging injustice in the criminal justice system and beyond. 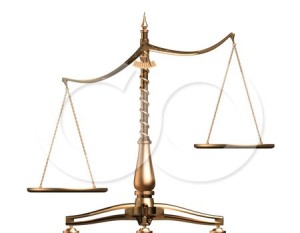 “In an engaging and personal talk — with cameo appearances from his grandmother and Rosa Parks — human rights lawyer Bryan Stevenson shares some hard truths about America’s justice system, starting with a massive imbalance along racial lines: a third of the country’s black male population has been incarcerated at some point in their lives. These issues, which are wrapped up in America’s unexamined history, are rarely talked about with this level of candor, insight and persuasiveness.”

“We have a hard time talking about race, and I believe it’s because we are unwilling to commit ourselves to a process of truth and reconciliation. “

“We cannot be full involved human beings until we care about human rights and basic dignity. That all of our survival is tied to the survival of everyone. That our visions of technology and design and entertainment and creativity have to be married with visions of humanity, compassion, and justice.—Bryan Stevenson

Thanks for sharing this with us Lydia! I appreciate your readership and support. Mr. Stevenson’s message encourages me on my journey as an Aspiring Humanitarian, and I hope it reaches others in a positive way as well.