The People Who Inspire series highlights individuals from a variety of backgrounds and occupations who are seeking to impact the lives of others in a positive way. Through Truth-Telling: the honest sharing of their own experiences, they teach us a little about themselves, hopefully enabling us to be able to learn a little about ourselves through their stories.

Could you tell us a little about your background and what led you to your current work? 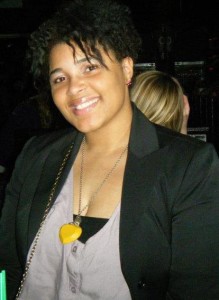 Well, I earned my Bachelors of Science in Behavioral Science from Grand Valley State University in April 2011. I also minored in Criminal Justice. Currently, I am a Community Educator for Turning Point, a domestic violence and sexual assault agency for survivors.

My work with domestic violence started when I was a sophomore in high school. My drama teacher Brenda Perryman directed an interactive play called Into the Light which showcased a series of vignettes that centered around teen dating violence. In the play I played a character that was physically abused by her dating partner.

My experience working in the play sparked my interest in working with survivors. I learned what dating violence really is and how many people I knew in abusive relationships.

A few years later in 2008 my cousin asked me to be the Chief Programs Officer for her non-profit LYPSTICK Inc. which aids survivors of domestic violence, our most current and ongoing program is LYPGloss, a mentoring program that works to guide and inspire high school girls. Currently we are in our second year at Muskegon High School in Muskegon Michigan and we hope to expand to other schools.

My senior year in college I took a class called Crimes Against Women and it definitely made me want to work harder for prevention against violence against women. I not only learned more about sexual assault and domestic violence, but I also learned about victim blaming and women being a double victim in courts.

While discussing various social identities and their interactions and intersections in society in terms of privilege and oppression, Notes from an Aspiring Humanitarian (N.A.H.) also seeks to focus on the importance of Allyhood. In your view, what can allies do to work against domestic violence and work toward  gender equality?

What a lot of people don’t realize is that domestic violence and sexual assault are totally preventable. The key to prevention is education and being an active bystander. At some point all of us have been bystanders, but how many people do something to intervene? Or how many times have we heard people ask what the survivor did? Or why does she stay?

Victim blaming excuses the perpetrator. It is never the survivors fault. No one intentionally puts themselves in danger, and no one likes abuse. Violence is never an excuse for anything. Allies can educate others by dispelling myths, being themselves, and taking a stand.

There should be more concentration on what leads the perpetrator to becoming abusive. Many times it stems from gender socialization, or what it  means to be male or female. We just have to let people be themselves and not judge them based off of stereotypes.

Do you have any other issues that you’re interested in working on or working with others in terms of social justice/equity?

In undergrad I did a lot of work with inequalities towards Black people. At Grand Valley the Black population is really small so, through my sorority and another organization, “You Beautiful Black Woman”, I really tried to raise awareness about the issues Black students faced.

But, lately I have become really interested in injustices towards the LGBT community. Through my work I know how hard it is to be a survivor, but it becomes ten times harder when you aren’t accepted for your sexuality in the first place. The LGBT community gets ignored or disregarded.

What are the parts of your work that you find most enjoyable?

I absolutely LOVE going into schools and talking to teens. The different perspectives are so interesting. They ask a lot of questions so it gives me an opportunity to personalize my presentation and make it more creative.

I don’t even get surprised anymore with some of the questions. It’s hard out here for teens and I just love being someone they can talk about these tough issues with, even if it’s just for a couple of days. 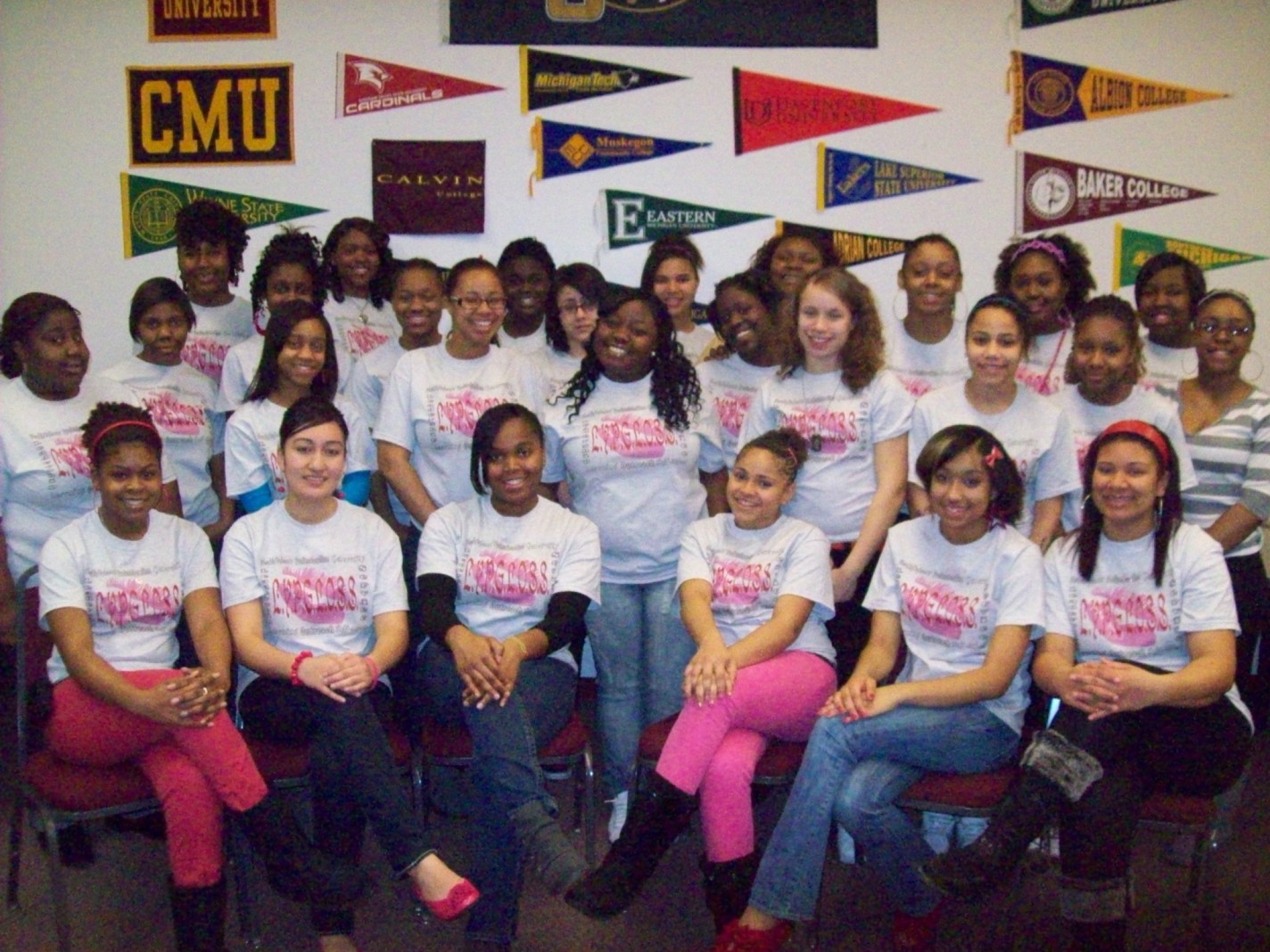 What aspects do you find challenging?

Again, talking to teens can be hard. First off, kids are honest. They will tell you when they think you are full of it, or don’t know what you are talking about. Sometimes I’ll make a statement and a student is quick to tell me why I’m wrong and I have to find every way possible to help them understand.

Then there are times when a student discloses information about abuse or harassment. I really have to hold back tears and hope I’m helping them. We also do an anonymous box so sometimes when I get tough questions I don’t even know who I’m talking to. Those days are always hard.

Do you have any advice for anyone who would like to take issues they are passionate about from an idea to action?

My advice would be to learn as much as possible and just go for it! Most times someone is thinking the same thing or in the process of coming to that idea. Also, don’t be afraid to depend on other people. Get a mentor to help cultivate that idea. It can be scary to stand for something, but there is always support somewhere!

I’m inspired by a lot! One of my biggest inspirations is my mentor and former drama teacher Brenda Perryman. She has done so much for young people and she gives the best advice. Anything she does turns to gold and she definitely taught me about presentation.

“Projection is my life!” is what she always told us. To me that not only meant to talk louder, but to present yourself loudly and boldly. Make a statement and believe in the things you are saying.

I also get inspired by kids. As corny as it may sound, I honestly believe that children are our future. They are clean slates just waiting to be filled and it’s up to us to help them create their paths. Kids have imagination that I can only dream of at my age.

What have been the Keys to your success so far?

Patience, vitality, humility, love, and courage. If I didn’t believe in and walk in those things I wouldn’t be where I am now. It hasn’t been easy at all. I’ve failed, overextended myself, and wanted to give up plenty of times. But then I remember I have to be patient because eventually what needs to come will come.

I had to maintain vitality even when I didn’t feel like I was worthy of the blessings already set for me. Being humble wasn’t always easy, especially when I began to gain momentum. But, it definitely helped me appreciate every single step of my journey. Putting love into all my work has been a major key.

Also, loving and appreciating other people. I’ve come across some wonderful people. Finally, having the courage to try new things and learn new things.

Are there any special projects you’re working on currently?

Right now I’m still working with LYPGloss. February is National Teen Dating Violence Awareness Month and we are doing a few things to raise awareness. Also, in our prevention program we are surveying teens about pressures they face and where they receive relationship advice. We hope to use this information to improve our prevention efforts.

I really want to thank you for including me in this series! And to people reading there are plenty of things you can do to prevent domestic violence and sexual assault. We all know someone who has experienced dating violence, sexual assault, and/or sexual harassment.

Listen and believe survivors, be an ACTIVE bystander, and educate others. Let’s work on empowering and validating survivors. We can all help tackle gender inequalities.

If you know any People Who Inspire that you would like to be featured in the series, email Relando at Relando_T@relandothompkins.com, or just fill out the contact form here.