Your Outrage At The $15 An Hour Crowd is Misdirected

In my note, The Art of War: How The Masses Are Convinced To Be Complicit With Oppression, I outlined 4 common elements that are used to manipulate people into acting against their own self-interests.

“Convince other groups of people who are already feeling marginalized to direct their frustrations at the target instead of challenging the inequitable, unjust system.

There are plenty of examples here, but a couple that come to mind for me include:

This element is important because the dominant system is dependent on capitalizing on the frustration of people who already feel as if they are at the margins to garner their support for marginalizing others, under the premise of self-preservation.

Think of this element as a smokescreen.

If the folks on the margins are fighting amongst themselves, they will be far too busy to question the unfairness of the system they are in.

Exploratory disruptive questions in this scenario could be;

“Instead of focusing your frustration on the fast food workers advocating for $15/hr, have you ever stopped to consider the possibility that your current wages may also be inadequate to fulfill your needs and the needs of your family?

Have you considered the possibility that maybe you’re not being paid a livable wage either?”” 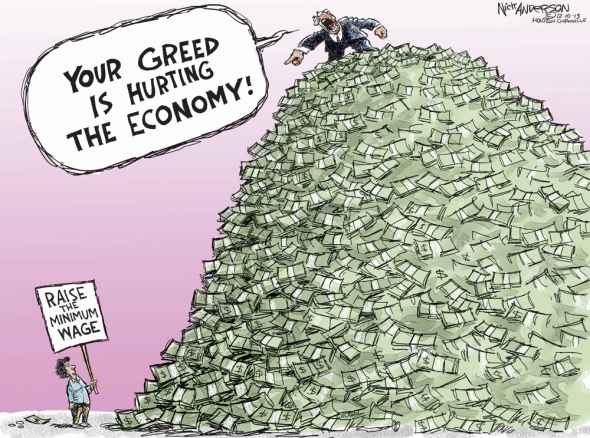 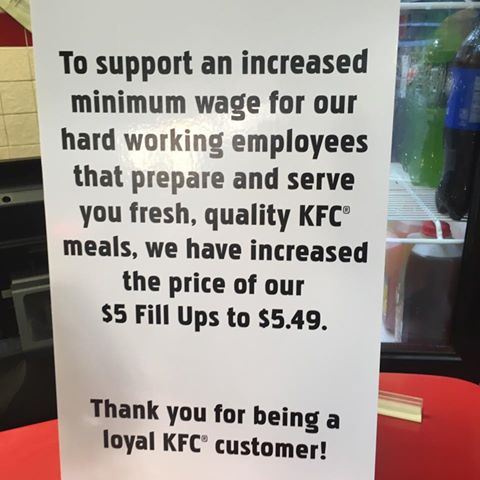 This response by @mrdaveyd is one of the best I’ve seen to this clearly divisive tactic aimed at manipulating folks who are already feeling squeezed economically to misdirect their anger at the people who serve them who are advocating for a living wage. 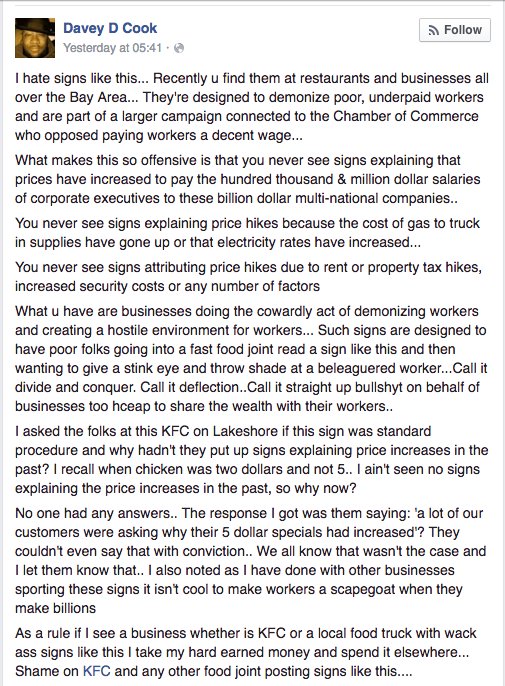 Huge applause, @MrDaveyD. You're so right. We should all notice when these subtle nasty coded messages appear. pic.twitter.com/AAEgIfOrva

If you’re upset at fast food workers or others who are advocating for a earning a liveable minimum wage, consider the possibility that the vast majority of us are being under-compensated for our work.

There have even been reports of Wendy’s and other establishments replacing human workers with automated kiosks to “cut costs” associated with raising the minimum wage.

Some people may take a “that’s what they get” attitude about protesters, no, fellow human beings who advocate for a liveable wage, and while many people are in an uproar and are boycotting businesses that acknowledge the rights of people who are transgender, please believe that the current system would also hold no qualms about replacing you in the future should you get too “upity” and realize that you are also not being paid enough.

Businesses who scapegoat the human beings whose labor they could not exist without in an attempt to avoid their responsibility to adequately compensate those human beings for their labor are the ones we should be boycotting.

If you’re feeling stretched economically and find yourself getting angry at workers who are fighting to raise the minimum wage, your anger is misplaced. If you’re not feeling stretched economically but also find yourself directing your rage at these folks, try thinking about how your current financial state and the insulation it provides might be limiting your perspective and capacity to empathize with the workers on this issue.