“Because oppression is seen as systemic, we tend to absolve ourselves of blame, but unless someone chooses to identify themselves with institutions and systems, the act of honest confession will never take place”–Author unknown

It’s easy to point fingers at others as if our own stuff doesn’t stink. What’s harder, but possibly even more necessary is to look at ourselves and find ways that we contribute to the chaos, so we can change that.

As I have said in my Vision & Values Statement, my experiences have shown me that in the process of working toward social justice outwardly, it is also important for me to continue to critically examine myself; shedding attitudes/behaviors that are oppressive, to make room for those that are more inclusive and humanitarian.

The following collection of thoughts are just some  examples of a critical analysis and self-reflection about some of my own social identities for the purpose of improving my understanding of my ability to serve.

I begin with some thoughts on my African-American identity because I believe that my experiences with racism, including how I perceive things as a result of it, as well as how I think I am perceived  based on my status as a member of  this group have not only been the catalysts to my learning about my own oppression, but has also given me a sensitivity to be able to see inequality in groups other than my own. As an African-American Male, I am reminded of my skin color on a daily basis. News reports, television shows, movies, and other forms of media perpetuate the image of African-American men as being over-sexualized, crime-prone, irresponsible, untrustworthy, and overall threatening.

From a young age, a great deal of my socialization within my racial identity has revolved around making sure that I appear non-threatening to white people. The message that was conveyed through this socialization (both verbalized and unsaid was intended to say:

“You are Black and a Male and are seen as a threat. The rules are different for you, they (meaning racist white folks/dominant culture) are already watching  and wary of you. There are already so many obstacles stacked against you because of racism, so it’s up to you to do whatever you can to not make yourself a target. The rules are different for you. If you somehow end up in a court of law and expect to be treated like everyone else you’re kidding yourself. Don’t intentionally put yourself in the crosshairs.” 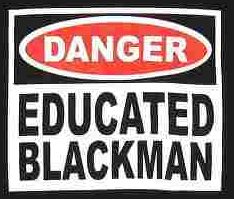 I still act today with that message in mind. Many of the decisions I’ve made, including not to use drugs, alcohol, or become involved in illegal activities stem from an attempt to “stay out of those crosshairs”.

In my view, If I were to ever go to prison, it would be for civil disobedience in working against some unjust law or for human rights, not for selling drugs, robbing someone at gunpoint, etc.

However, I still remain conscious of the reality that no amount of education, status, or money can shield me from the effects of racism, including racial profiling.

Although the word privilege does not readily come to my mind when considering my identity as an African-American male, I know that I receive unearned benefits from a society that promotes men and subjugates women.

I have automatically been placed in the position of leader or authority figure on some occasions in work and group settings where I have been the only male, regardless of experience.

No one has ever told me that I will have to make a choice between having a career and having a family. My male identity also allows me the privilege of  not having to worry about being harassed in the street because of my sex.

In one of my video blog posts, I talked a little about how in thinking specifically about my social identity as a male (excluding race), I am generally not concerned about my safety when walking at night. However many women must be concerned about traveling in groups, with a trusted friend, etc out of fear of being assaulted by men (generally speaking). However, I will say that as an African-American male, I am more concerned with being in the wrong place at the wrong time, or falsely accused by law enforcement or someone else and imprisoned for a crime I didn’t commit than I am with being assaulted at night.

In the doctrine of christianity on which I was raised, men were promoted as the leaders and decision makers, while women were expected to be ‘submissive” and go with the flow.

They were forbidden from preaching, and biblical scripture was used to sanction their banning. They were permitted to “speak” however, but not in the pulpit.

They had to stand on the main floor, just below the pulpit where only men could sit or stand.

While they could serve as ushers, charity workers, or cooks in the kitchen, they did not have hands in many of the decision-making processes of the church.

Although I do not currently identify with a specific religious practice, my christian upbringing allows me the privilege to be able to blend in (which I have done in the past) and protect myself from loss of respect, credibility, and rejection in close relationships and other social situations, differential treatment in working environments, and a range of other areas.

My familiarity with the faith allows me opportunities to blend in where others who are either unfamiliar or visibly different in some way due to different practices cannot. I freely enjoy the christmas season, and the time I spend with my family and other loved ones. I can celebrate christmas without someone thinking what I’m doing is wrong, and will not be viewed as a threat to national security if I decide to decorate a tree this year.

While my christian upbringing has indeed allowed me to make connections with a variety of people, the benefits that I have received in the past and could still stand to gain by promoting this view as the only view at the expense of other faiths far outweighs  the consequences of asserting my belief that peace can be found in a variety of perspectives and belief systems.

Currently, I consider myself to be young, and otherwise healthy. Although it is true that anything can happen to me at any moment, I do not always think of my health or ability on a daily basis. I can read without assistance, I do not need to worry about closed captioning while watching a tv show or movie.

I can actually watch tv shows or movies.

I do not have a condition that would cause people to gawk or stare in the way that I have seen happen to some people with disabilities. However, as a person of color I have experienced stares and looks when I walk into restaurants, stores, or other public places as if my “audience” has never seen a person of color in real life before, or aren’t used to seeing people of color in “this part of town”.

As a heterosexual, I can walk in public places with my partner without receiving hateful comments about our relationship or sexuality. I can hold her hand, or show other public displays of affection without someone telling us that our union is unnatural.

Any talks of future plans about “settling down” are met with interest good wishes, or excitement. I do not have to validate my sexuality or my relationship with my partner to others.

I have had the experience of having my own home broken into, and experienced feelings of helplessness after calling the police, only to wait for hours for them to arrive at the scene. Sometimes no one would come at all.

Still, I cannot deny the fact that my college education allows me opportunities for change in status and upward mobility that is not given as easily to those who do not have degrees. In many cases, people without a college education are automatically locked out altogether.

“Because oppression is seen as systemic, we tend to absolve ourselves of blame, but unless someone chooses to identify themselves with institutions and systems, the act of honest confession will never take place”

I can claim that I am striving to work towards a more socially just society all day long, but going around pointing fingers without acknowledging ways that I contribute to the chaos implies a level of blamelessness that in reality does not exist.

Sometimes I get into conversations with helping professionals who talk about receiving “misplaced” anger and mistrust from their clients, when they the “professional” are in a dominant position in comparison to those clients.

Yes, it does happen. 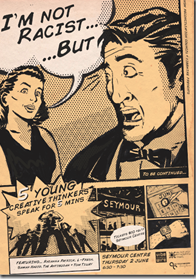 We may experience suspicion from targeted folks who may perceive us as being apart of a system that has oppressed them, and continues to do so, but the fact is, in some ways we are a part of that system. Our membership could be found in the unearned privileges we have, including a lack of awareness of their day-to-day issues depending on the identity, the things we say or don’t say, or the symbols we might choose to display in our offices (for those who have one).  Sometimes, It can happen just because of who we are or who we might present to be initially.

In my view, how we end up using ourselves is what matters. I can’t escape the fact that I’m a male and men have oppressed and still oppress women, but I can do the best I can to make sure I don’t add to it. The same goes for other areas where I am privileged and others are not. Working to do so is a lifelong process.

Having conversations with others can help add pieces to the puzzle. Having those conversations honestly takes courage, humility, a willingness to listen, and an understanding that no one is perfect and we all will make mistakes.