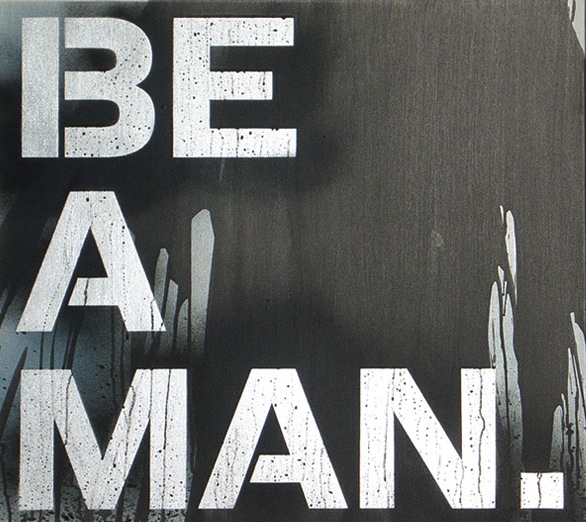 I once saw a video about catcalling where a man asked a woman, “what are we going to do about these men?” She responded by telling him that he was a man, and he should talk to other men. I see that as being where I can best serve in the work to stop street harassment, violence against women, and other manifestations of sexism.

Getting Back What’s Lost

I started addressing street harassment with other men, because I feel that it’s where I can be of the most service to the movement to stop it. The survivors of street harassment are devalued and dehumanized day in and day out, but there is also a loss, albeit in a different way on the part of the perpetrators who in perpetrating inhumane treatment by street harassing, lose a very important aspect of themselves.

Challenging ideas that support those systems is a good place to start. It’s important to start early.

Here are 3 ideas I feel can be helpful to men who work with boys and other men to help them challenge sexism.

Help them to Recognize their role in Perpetuating it

Talk with them about sexism. Talk about male privilege (use examples), violence against women (not just physical, but emotional, sexual, and other methods), and other forms of advantage, discrimination, or abuse and work on finding ways to recognize patterns in themselves and among those around them that support the system. Ex. How do these things play out in our relationships?

Sometimes it can be easy to put it off on someone else until confronted with an example that brings it home. Making that personal connection can be a real catalyst for further reflection, recognition and taking ownership of one’s role in maintaining the system, and positive change. So bring it home. It’s never too early to do this, and it is also my  personal belief that it’s never too late as well.

Do keep in mind that this will be an ongoing process:

“When we hear messages that truly shift our entire world view we rarely meet them with gratitude and appreciation. Usually, we meet with them with resistance. We dismiss, argue, ignore, or worse. It often takes hearing the message again and again, years of maturity, reflection, personal discovery, other learning – or in my case all of the above.

By the time the message really connects and is internalized the person who first got us started on that journey is nowhere to be found.”—Keith Edwards

It may not always take this long, but it might.

Explore Pre-Conceived Perceptions of Masculinity, and Challenge Ideas that are Oppressive.

It doesn’t take a great deal of time exploring concepts like “Man Law” to find that some of those notions are rooted in homophobia, as well as the hatred of and devaluing of women. I can still remember talking about oppressive notions of masculinity with a friend one day. A lightbulb seemed to go off when he asked “hey, isn’t it so messed up that people think one of the worst things you can call a man, is a woman?”  Challenging oppressive notions as they come to the surface can create the dissonance required to disrupt previously unexamined belief systems that support the system of sexism.

Be a Positive Source of Support for them in their Development

Trying to live up to, and within the limits of what’s in the “box” of pre-conceived notions of masculinity can be exhausting, and as they learn to take off their masks, they will need our support.  What they don’t need to experience is a replication of the status quo.  Don’t shut them down, or ridicule them for showing emotion or vulnerability. Instead of demanding that they “man-up”, seek to understand how you can be most supportive to them.

Those were 3 thoughts from me. What are some of yours?