For protection from privileged tears

For protection from privileged tears

It’s true that there is no hierarchy of oppression, and that each of us holds power and privilege in different ways, but what if you don’t want it?

There’s an activity that I have used as a lid opener towards talking about privilege and oppression that involves giving a small group of participants a blank sheet of paper. The paper represents power, and it is up to the group to decide what to do with it.

There’s really no wrong way to do it, and the process that group members go through in making their decision is just as important as the end goal itself.

A variety of things can happen. Some folks may distribute the power equally, while others may decide against it for some reason. The environment can become very competitive, or collaborative depending on who is involved, what they bring, and how they show up.

One instance that causes me to stop and think every time I witness it, is when the paper, or the power is rejected. Whether someone refuses to touch it, or drops it to the ground, whenever it happens it causes me to think about attempts to consciously reject power.

Shutting up and listening to the voices and experiences of people whose marginalization is the foundation of our success can be an example of an attempt to consciously reject the flow of power, but what about when the rejection of power shows up as the denial of power?

We want to view ourselves positively, and wish others would view us positively as well. Denying the power and privilege we hold can be a way of protecting ourselves from internalizing the reality and gravity of our active and passive participation in oppressive systems, allowing us to maintain a cherished, although false sense of self.

Limited examples of how it can start:

“I don’t have a discriminating bone in my body. I treat everyone the same.”

“Slavery happened a long time ago. I as a white person today have nothing to do with that. I worked hard to get to where I am.”

“I’m not that guy from the alley, not all men…“

“Those Christians do not represent me. You’ve had some bad experiences but…”

Think about how we’re able to recognize some of the most extreme forms of bigotry and oppression, but less able, and at times even less willing to notice and acknowledge it in its more subtle forms.

While it might help us to feel better about ourselves in the moment, the act of attempting to drop the paper; to drop the power doesn’t change the reality of our group membership(s) and the privileged position(s) they provide us, and it can even make things worse, particularly if we say we’d like to work with others toward more socially just communities and are actively engaged in helping relationships.

Denial can also transition into a distraction that, in acting it out actually reinforces our privilege by putting the blame on targeted folks for their legitimate mistrust, or confrontation. 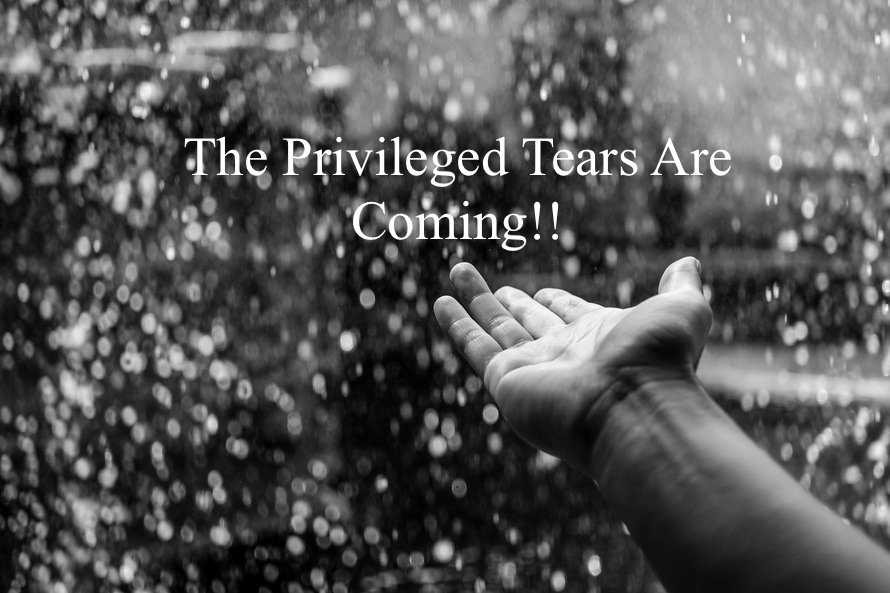 “I’m feeling attacked, and I’m not going to feel guilty for being white. Reverse racism is the real problem here.”

“I’m offended. I was on your side, but your anger changed that.”

“I haven’t had it easy either. I feel like my Christian faith is under attack.”

“Men can’t say anything these days.”

Instead of actively focusing on how we participate in oppression, responding defensively can be an attempt at manipulating marginalized people into making us feel better about ourselves and taking care of our feelings first before we’re able to listen; ultimately derailing any critical dialogue that would have taken place. It’s quite an effective silencing tactic.

Feeling “attacked” or “hurt” in the moment from our place of privilege, whatever that may be, fails to compare to the everyday lived experiences of the people who are on the receiving end of the oppression we benefit from.

Whose feelings really matter in those moments, in this work?

For Would-Be Allies On The Road To Equity: To Move Beyond Misrepresentation, We Must First Acknowledge The Facts

We Are Not Beholden to Our “Allies”

Having Trouble Connecting With Oppressed Groups? Maybe It’s Not Them, Maybe It’s You