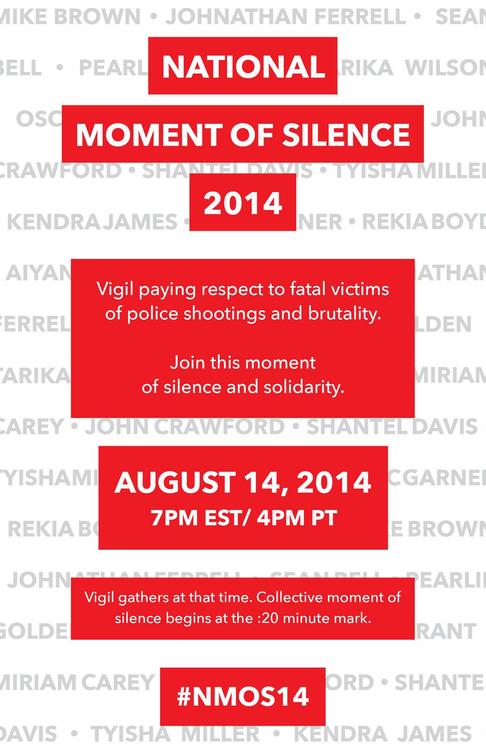 I’m continually reminded that to be black is to be viewed as a problem in this country. Sometimes it feels as if there is almost nothing we can do without having someone view us as a threat to be neutralized.

Just as I was beginning to see some glimmer of hope that black life can’t just be snuffed out indiscriminately without consequences with the ruling on Renisha McBride’s Murder, I then learn of the shooting deaths of John Crawford, Michael Brown and Ezell Ford. Others continue to be added to the list on a daily basis.

“From Emmett Till to Oscar Grant, from Troy Davis to Trayvon Martin, and all the others before and in between..it communicated to me that my nephews lives, my brothers’ lives, my life, and black and brown lives all over just don’t matter…that if we were to be murdered the burden would be on our families to prove why we should have lived.”—From “How Does It Feel to be a Problem?”

“… we reconstruct the lives of these dead black kids in defense of their killers. We look for some photograph, some musical choice, something that allows us to slot them into these preconceived notions of inherent criminality, all to say that they weren’t good enough people, and that their killers were justified in believing that they were up to no good and deserved to die. And then we wait for the next one.”—From Renisha McBride’s Killer wants the jury to think she was the real criminal

I’m passing along this message in solidarity. From the National Moment of Silence 2014 Facebook Page:

“On August 14, 2014, citizens across America will gather in solidarity to hold vigils and observe a moment of silence to honor victims of Police Brutality”   “Police Brutality in the United States continues to be a pervasive problem that affects communities across the country. In recent years, we have had news of too many people losing their lives as a result of police brutality. We have also heard too many stories of people being sexually and otherwise physically assaulted by police.

We are gathering together to observe a National Moment of Silence to pay respect to the lives lost and/or forever changed by the brutality of the police state. Too many citizens have suffered. Their families and friends need our positive energy and support in this moment of anger, frustration, fear, and helplessness. Join us as we gather at over 50 locations in a show of solidarity that we will no longer stand by and watch our loved ones be killed or abused by police.”

I’ll be observing this event where I am, if you would like to participate, you can visit the National Moment of Silence 2014 Facebook Page, and check this google document for gatherings in your area.