It's Raining over here...

Reader’s Choice: Can You Revisit “The Climate”?

It's Raining over here...

A few days ago, I wrote a poem called “The Climate“, and published it here at Notes from an Aspiring Humanitarian. Shortly after, one of my readers who identified as a person who is white, contacted me to let me know that my poem had a powerful impact.

This reader asked me to consider sharing a bit about the meanings of the poem for people who may not have picked up on the message or symbolism, writing that:

it would give readers another opportunity to increase understanding – to affirm feelings for people of color, and to help white people be more effective allies and increase their knowledge about how different the world is if your skin isn’t white. “The Climate” is about a few things, all having to do with the racial climate in the U.S., on our jobs, in our schools, and a wide variety of other different areas.

I intentionally made the umbrella white to represent White privilege or humane treatment, and although it is sometimes a well-intended sentiment, the poem itself is basically a voice railing against the message of “color-blindness” and seeks to highlight how silencing the notion of color blindness can be to people of color who see and experience things very clearly that are not always seen or acknowledged by people who are white.

In a harsh storm, raindrops can come down heavy and hard. Sometimes the storm can spread farther than our eyes can see. When the rain reaches the ground the water can infiltrate the soil, far below the ground. I likened racism to rain to highlight its pervasiveness, harshness, and its deep roots in our institutions since the beginning. A formidable foe.

My reader also mentioned feeling a sense of betrayal in the poem.

I always heard that education could offer a way out, and to a great extent it helps.  In the Climate I described the particular umbrella I was awarded with as having holes because, although my education does offer me some privilege and acts as an access card for me to sit at certain tables that those without degrees don’t have the opportunity to, ultimately degrees or other forms of status aren’t enough to protect people of color from the effects of racism.

ex. Famous Professor Henry Louis Gates Jr. arrested while trying to get into his own home because someone thought he was robbing the place.  or Academy Award winning actor Forest Whitaker was falsely accused of shoplifting from a local deli in New York City. 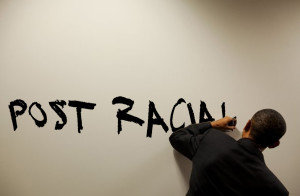 Many teachers I’ve had who’ve told me this had “umbrellas” to protect them from the rain (racism) because they were white.  So if you picked up any feelings of betrayal it comes from a place of feeling lied to about the “American Dream”  of equality that is sold to everyone in an if you do this, you get that” kind of way, but in actuality, that promise is only given to some, and not all. Like a contradiction hiding in plain sight. Lastly I tried to showcase two different versions of the “American Experience” to call out that contradiction.

The climate was also a way of speaking to the minimization and denial of the experiences that impact people of color every day.

The first step to fixing the problem is to acknowledge that we have one, so let’s take off the blinders and go about the business of doing “the work”, in all it’s messiness.

I know that I’ve only scratched the surface with these details, but for those who did not pick up the message from reading the first time around, try re-reading The Climate with this context in mind.

Thank you reader for reaching out to me and sharing your thoughts.