For Would Be Allies On the Road to Equity: To Move Beyond Misrepresentation, We Must First Acknowledge The Facts

Because oppression is seen as systemic, we tend to absolve ourselves of blame, but unless someone chooses to identify themselves with institutions and systems, the act of honest confession will never take place.”–author unknown

I shared one example of how an interaction with someone, albeit casual and brief, quickly went south after I revealed that part of my identity to them. After reading  it again and thinking about that memory more, I wonder to myself: “how do interactions like that show up in interpersonal relationships?” “How does it show up in employment, the legal system, education, housing etc?” I think those are important questions to consider for those who would work for equity and justice.

Something great happened that I want to share with you. One of my readers wrote something in the comment section that I thought was very profound and caused me to stop and think.  What really stood out to me was when I read the part saying that the experience I relayed in my note did a very good job of “representing a misrepresentation”, and the writer did a great job of relaying the belief that the response I received from the person in my experience was contradictory to Christian belief. It’s very complex because so many different people have so many different ideas about what those two words actually mean. As with most things. I suppose that’s where “the work” is.

That comment really made me think about allyhood especially. Have you ever tried to, or had to, work with someone who was from a different social group than you, and it seemed like there was a great level of mistrust? Have you ever been in a position in which you wanted to help, but couldn’t seem to get past a wall?

To be clear here, I’m talking about a situation in which a power dynamic exists in which you are working in the context of being someone who has a privileged identity in relation to the person you are trying to help.  For example, a person who is white in a helper role to a person of color, men working with women, a temporarily able-bodied person working with a person with a developmental disability, etc.

I’m talking about a power dynamic that exists because the society around you has been set up in ways that support a particular part of your identity while marginalizing the identity of the person who you may be trying to help, talk to, get to know, etc. Have you ever been in a situation like that before? 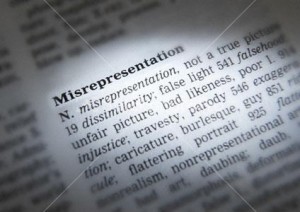 There was a time in my life when I would hear stories about the atrocities that men have committed and still commit against women through institutionalized sexism and quickly jump to think “Hey, but I don’t do that….That’s not me.”  Same story with issues of homophobia, ability, or other aspects of my identity where I have privilege. I have to stay vigilant because that tendency still creeps up every now and then. I think it can be easy to jump to say, “Well that’s not me, so what’s the problem?” Those folks don’t represent me, so everything’s ok.

Sometimes it is: sometimes it could  mean representing an example of a positive ally for the person.

Sometimes it’s not: Sometimes it doesn’t change a thing in terms of progress in the relationship.

To Move Beyond Misrepresentation, We Must Acknowledge the Facts 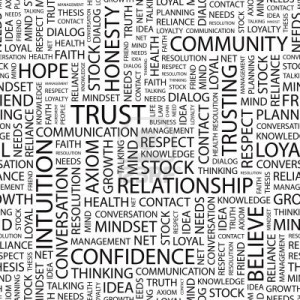 For me, it is important to acknowledge that as just and humane as I might strive to become, I can’t erase the fact that my membership in certain groups provides me with unearned privilege just by the fact that I so happen to be a part of them, and that people who have experienced oppression from those groups may not necessarily be as receptive to me as I might like them to be, and understandably so.

I can remember going to a community meeting one time, in hopes to build relationships with some of the people there. Things were going well on both ends, until I mentioned my affiliation with a certain university. As soon as I dropped that name, I heard comments like “oh no, we know all about (said university). You come in with your research, you ask us questions, and you leave to publish your articles, benefiting from the information we gave you while for us, the situation hasn’t changed.”

Now mind you, I had no idea of the experience the person was talking about, and I wasn’t the individual or group who “came and left”  them after my purposes had been served.  It was a clear misrepresentation of my intentions, yet I was being given the same perception. Acknowledging their lived experiences and the interpretations of those experiences went a long way toward opening the door for me to move beyond the misrepresentation, and show them the real me, and my real intentions to build a stronger community through collaboration.

I would not have gotten past that point had I not acknowledged the facts of their experiences. Very soon, I’ll be working on a film project involving gathering narratives from African-American elders about their experiences in America. The filmmaker, who appears as being a person who is White, sought my help because she understood that as progressive as she might try to be, she acknowledges that there may be some mistrust of her that might exist because of her identity. As a would be ally, not only is it ok to consider these things, it is necessary for the work.

I can claim that I am striving to work towards a more socially just society all day long, but going around pointing fingers without acknowledging ways that I contribute to the chaos implies a level of blamelessness that in reality does not exist.

Sometimes I get into conversations with helping professionals who talk about receiving “misplaced” anger and mistrust from their clients, when they the “professional” are in a dominant position in comparison to those clients.

We may experience suspicion from targeted folks who may perceive us as being apart of a system that has oppressed them, and continues to do so, but the fact is, in some ways we are a part of that system. Our membership could be found in the unearned privileges we have, including a lack of awareness of their day-to-day issues depending on the identity, the things we say or don’t say, or the symbols we might choose to display in our offices (for those who have one).  Sometimes, It can happen just because of who we are or who we might present to be initially.

In my view, how we end up using ourselves is what matters. I can’t escape the fact that I’m a male and men have oppressed and still oppress women, but I can do the best I can to make sure I don’t add to it. The same goes for other areas where I am privileged and others are not. Working to do so is a lifelong process.

It’s true that sometimes, things aren’t always what they seem. To move beyond misrepresentation, we must acknowledge the facts. It’s hard work. Sometimes it works, sometimes it doesn’t. We’re not always able to tie things up neatly in an attractive package.

Sometimes acknowledging those lived experiences can help us break ground, and sometimes it might not change a thing. After all, whether we acknowledge it or not, depending on the identity, we’re still able to leave the encounter with all of our privileges in tact, while they still have to navigate through a world that marginalizes them.

Still, acknowledge the facts, and try anyway not only because it’s necessary, but also because, you could very well be in need of an ally yourself at some point. I know I will.